Fairy tattoos can be a popular choice of tattoos for women. Fairies are mythical beings, which appeared in many cultures throughout the world. The popularity of Fairy tattoos is easy to explain. Fairies are commonly thought of as beings of incredible beauty and grace. They are most often depicted as beautiful females with delicate wings and could be thought of to epitomize femininity and freedom. They also have an ethereal and spiritual quality that appeals to many women.

Fairies can also conjure up images of nature. In art, fairies were often depicted surrounded by flowers or dwelling in beautiful gardens and could be thought of as nature spirits. Fairies remind people of their childhood and the traditional ‘fairy tales‘ they were told as children – though this often did not contain real fairies. Fairies also represent magical creatures, such as Elves, Gnomes, and Goblins.

Fairy tattoo designs are a popular choice for women as the traditional image of a fairy is an epitome of feminine beauty and grace.

A Gothic Fairy Tattoo design is a tattoo drawn in a gothic style. These can look very effective and provide an excellent alternative to a more traditional ‘cute’ design.

Fairies were often associated with magical fairy dust. Colorful fairy dust could easily be incorporated into a fairy dust tattoo.

Similar to an angel wing tattoo design. A tattoo of fairy wings can represent fairy-like qualities.

Fairies have much in common with angels, such as beauty, grace, and spirituality. The distinction between the two could be blurred with a fairy angel tattoo design.

Fairy tattoo designs can look very effective when combined with flowers. A talented tattoo artist can use brightly colored flowers to contrast with the Fairy.

Fairies weren’t all good, they could be downright troublesome, and a black fairy tattoo design celebrates this. Perhaps you want a wicked fairy to show that you are less than an angel yourself.

It is also possible to combine a Fairy tattoo with other styles and designs. Fairy tattoo designs go very well with colorful flowers that can be rendered in bright colors to contrast.

Other great places to put Fairy Tattoos would be:

If you are considering getting a fairy tattoo, take a look at some of these interpretations.

This fairy is surrounded by beautiful red roses, representing a connection with nature. 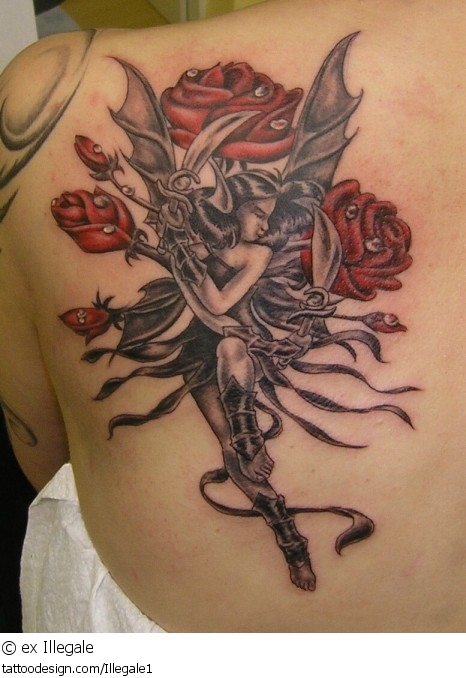 We’re not in Neverland anymore; this tattoo shows that fairies aren’t just for kids.

This fairy tattoo shows a whimsical fairy on a crescent moon, representing a connection to the heavens. 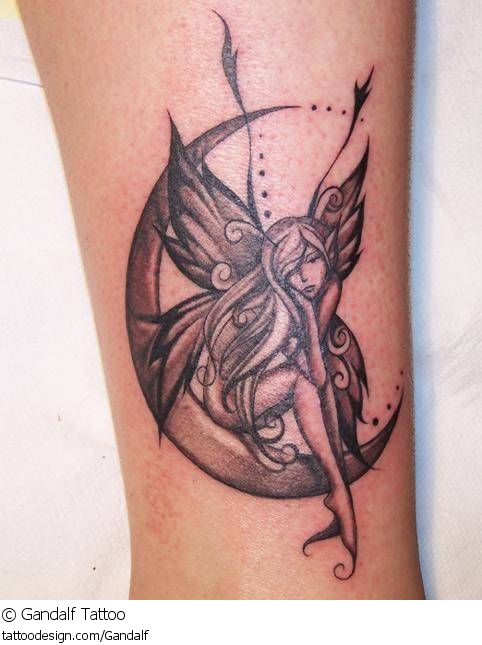 This nude but tasteful fairy is reminiscent of 50’s pin-up art. 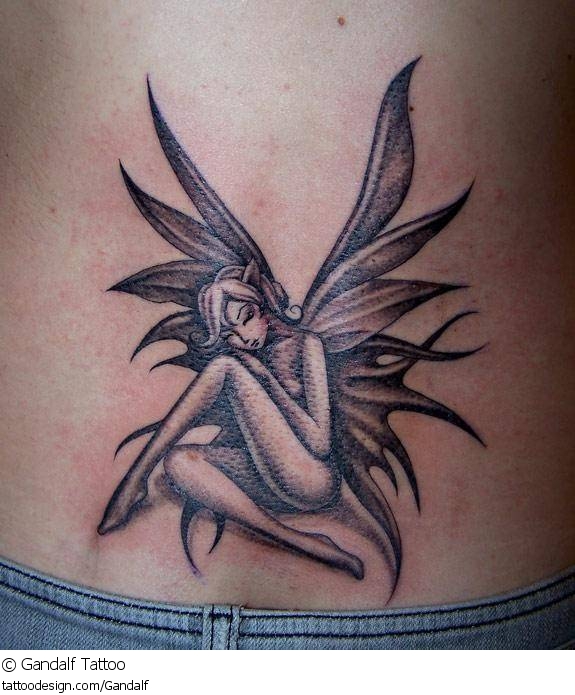 This fairy tattoo incorporates colors to make it stand out from the crowd and reflect the tones of the outdoors. 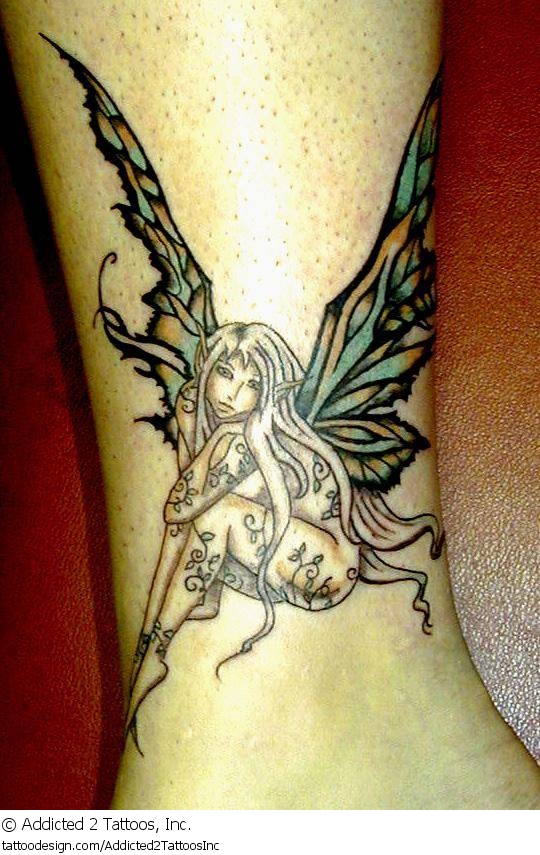 This fairy, adorned with modern clothing and hair, is a spin on more traditional designs. 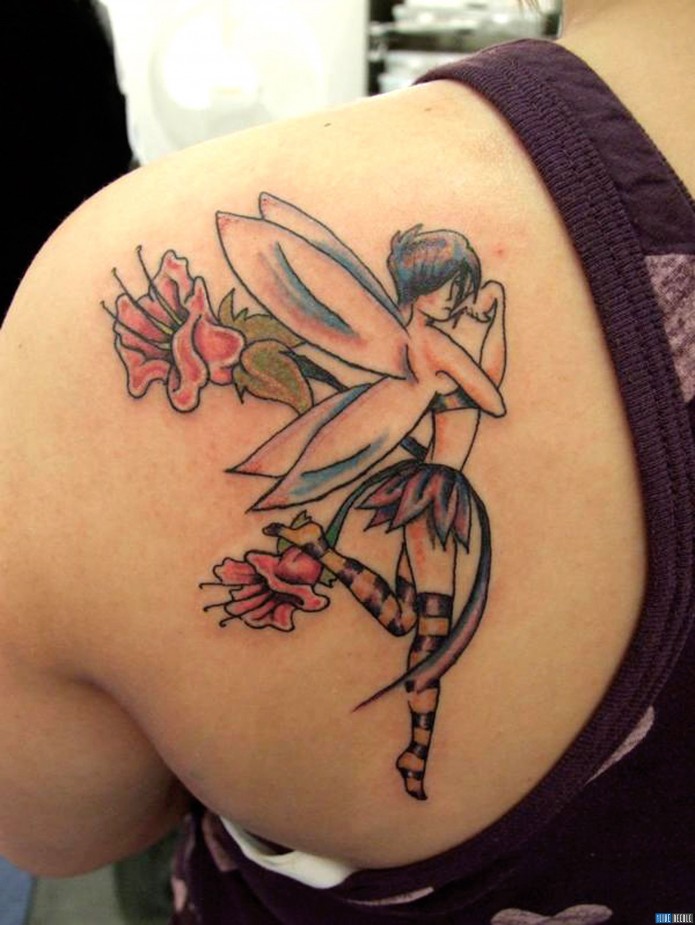 This fairy appears to be adorned with flames, leaving no doubt that it is both small and powerful. 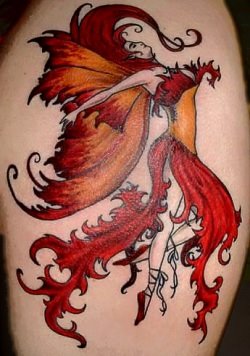 This black-and-white fairy has intricate wings. 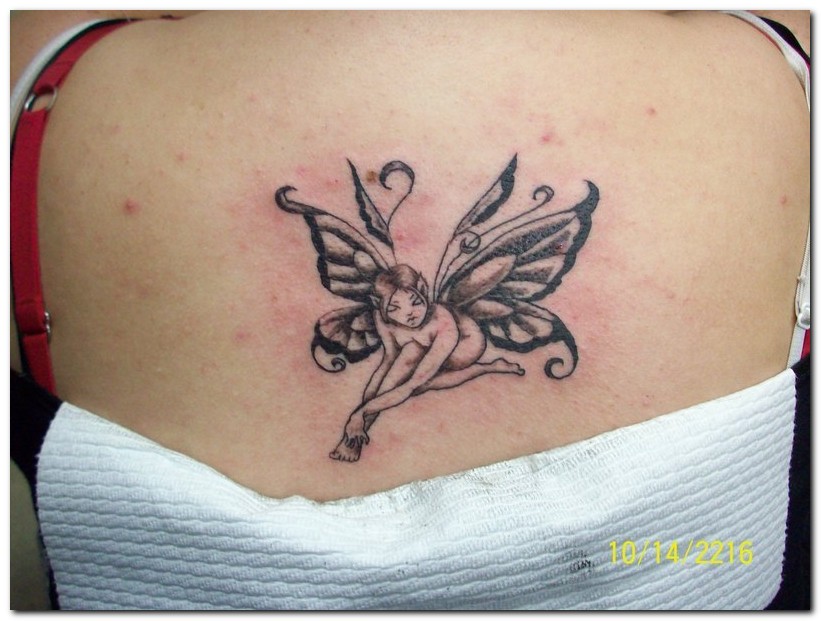 Covered in pink blossoms, this fairy definitely has ties to nature. 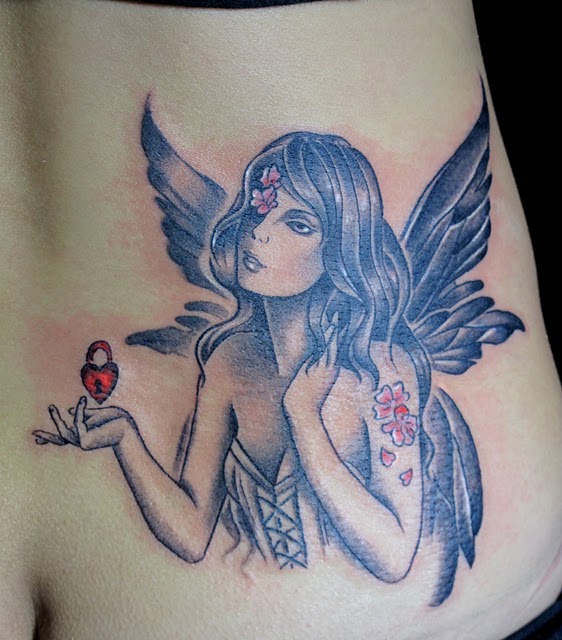 Perhaps the most famous fairy of them all, Tinkerbell is a popular tattoo. 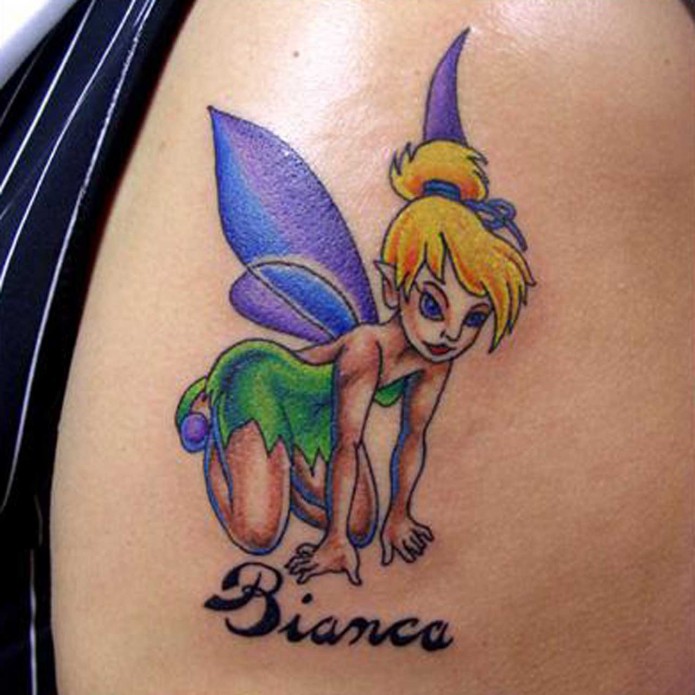 The shading of this tattoo creates depth and detail. 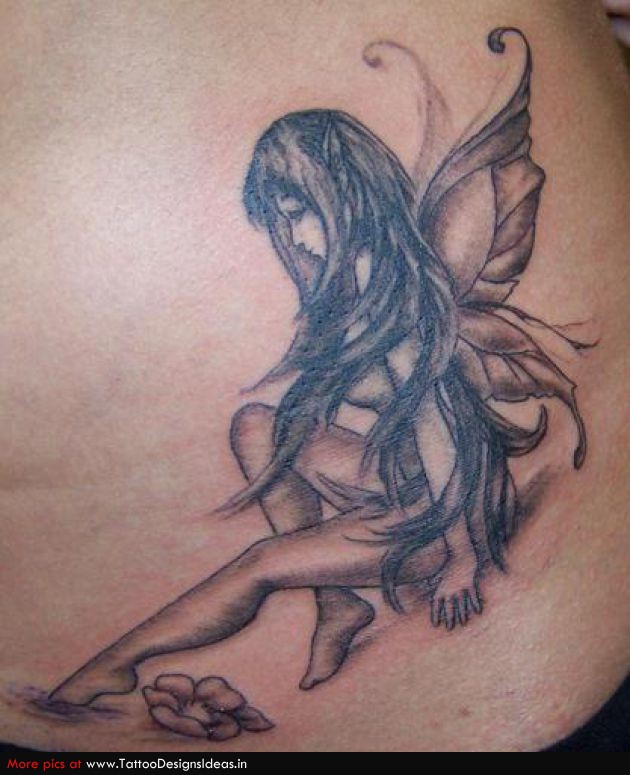