You are here: Home / Celebrity Tattoos / The Meanings and Untold Stories behind Fetty Wap’s Tattoos

Willie Maxwell II aka Fetty Wap is an American rapper, singer and songwriter. He rose to success when his debut single “Trap Queen” reached number two on U.S. Billboard in May 2015. Fetty is obsessed with Star tattoos. Even he hates how much they hurt, he got himself covered in tattoos. Here are the list of Fetty Wap’s tattoos and the stories and meanings behind them:

First Tattoo on the Left Forearm

Fetty got his first tattoo on his left forearm when he was only 11 years old. Initials T and M for ‘Team Family’ with a star in the middle. It is one of his favorite tattoos and he kept it original without getting it it re-done or touched-up. 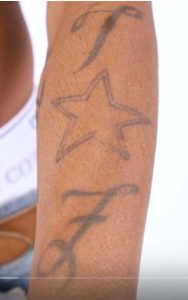 Fetty got his second tattoo when he was 18 years old. He says it’s the dumbest things in his life. It is a tattoo of an empty star on his neck. Later he got a name tattooed in it then he got the name covered by another star and then the star got covered by other tattoos. He got 7 tattoos on the same spot. 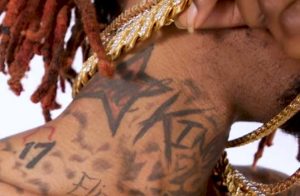 Fetty’s first set of Star tattoos are between and under his collar bones. 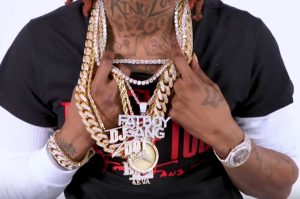 Fetty loves his star tattoos. He got a star with music note tattooed on his left hand. He mentioned that this was the most painful tattoo he ever had and after this tattoo he decided not to get a hand tattoo ever again. 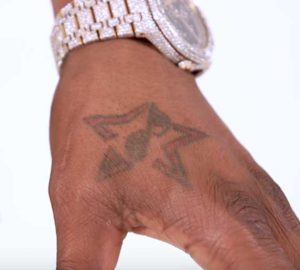 Life was a little rough or Fetty and when he used to smoke (he still smokes) it gave him the energy and made him happy. It helped him to forget about the past and get up and get things done. So, on his right forearm Fetty got “Smoke now Fly later” tattooed with weed plant and smokes going up. He meant to add an airplane but it was hurting so much so he didn’t get it. 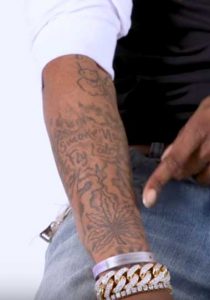 Fetty got a bong tattooed on his inner right forearm matching with his “Smoke now Fly later” weed theme. 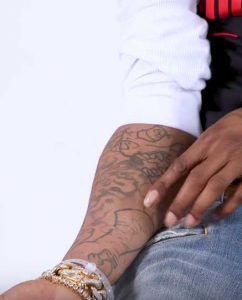 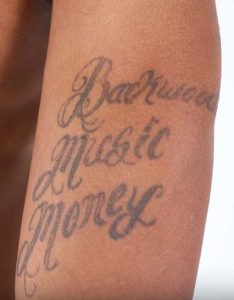 Fetty got a Cross tattoo with wings with Original Remy Boyz logo 1738 and RB on it on his upper left arm. 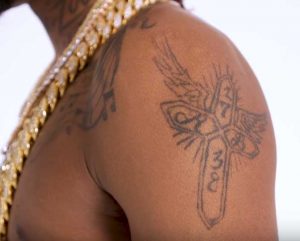 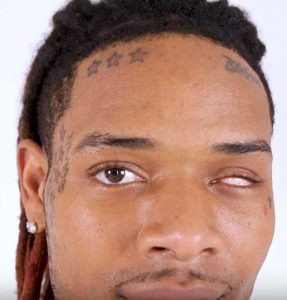 On the left forehead he got “Zoogang” tattooed. 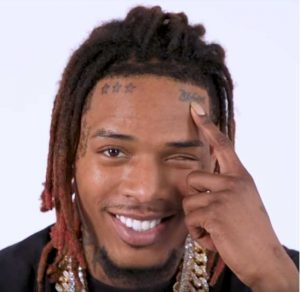 On the left side of the face Fetty got RGF (name of one of his songs), Two small crosses red and black (First face tattoos for his grandfathers) and his Sons name Aydin tattooed. 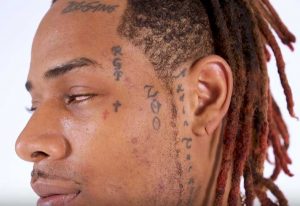 On the right side of the face Fetty got number 1738 (second face tattoo), name of his daughter Zaviera, “KING” and 5 vertical Stars tattooed. Fetty is a big fan of Michael Jordan. He wanted to get Michael Jordan’s Bulls Jersey tattooed on his foot but because of the pain he only got Jordan 23. 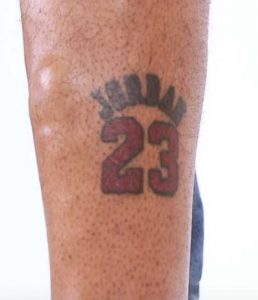 Fetty Wap talks about his Tattoos