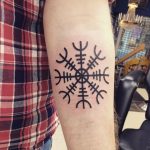 Who were the Vikings? Vikings were the groups of warriors who came from Scandinavian countries such as Norway, Denmark and Sweden between 700 AD – 1100 AD (known as Viking age) in order to raid and settle in Europe, Asia and North Atlantic . Vikings were famous for their sailing and navigational … END_OF_DOCUMENT_TOKEN_TO_BE_REPLACED